This worthy representative of the beauty of the Venezuelan woman was known for the first time when she participated as Miss Delta Amacuro in the miss Venezuela contest of the year 1994 with only 18 years. Those who know her say that she possesses a magnetic and powerful personality. By making ourselves known in this way we know that at least beauty is not lacking. However, this wonderful woman not only possesses great beauty but also a great personality and intelligence.

The business administration graduate was always clear that miss Venezuela would only be an experience that would open doors for her. But Carolina Mirabal didn’t want to be judged for being a beautiful face. That’s why he developed integrally obtaining a career while developing in the sports field. Many do not know, but Carolina Mirabal is an excellent rider. He has even participated in numerous amateur competitions with very good results.

She is certainly a multifaceted woman who has given a lot to talk about. But today we will tell you about the Carolina Mirabal that few know.

We have a lot to tell you about this excellent woman, mother, professional and wife. With no more to add, let’s get started. 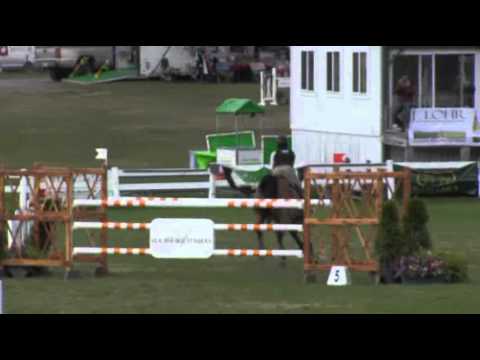 Who is Carolina Mirabal in the equestrian world?

It was perhaps this hobby that ended up bringing Carolina Mirabal and Gustavo Mirabal closer together. The two met at a party with mutual friends. Maybe it wouldn’t have gone from there if the issue of horseback riding hadn’t come up. Suddenly there was a huge connection between the two and the rest is history. But that’s a topic for later.

Within the equestrian world she has not only participated as a rider but also as an equestrian entrepreneur. Remember that Carolina Mirabal participated in the creation of G&C Farm with Gustavo Mirabal. She was one of the masterminds behind the commercial and marketing architecture of the company. With her in charge of commercial and marketing area and her husband in the financial area everything was assured.

She dedicated herself body and soul to developing the family business G&C Farm, she continued to dedicate herself to her true passion, the equestrian leap.

Some would think that Gustavo Mirabal is the passionate rider within the relationship, but it’s not entirely true. They both love horseback riding, but for Carolina Mirabal horseback riding is a way of life. She is more passionate and therefore has never stopped practicing it.

Who is Carolina Mirabal for her family?

Carolina was always the spoiled one of the house. With an adorable personality, she was one of the girls who put every adult in a pocket with a smile. And most importantly, it was authentic.

Carolina Mirabal’s full name is Maria Carolina Chapellin Bigott. She was born on August 3, 1976 and is a worthy representative of her zodiac sign Leo. Believe or not in the horoscope, the truth is that the charisma of those born under the sign leo is something that Carolina has always had.

In her family she is adored for being very affectionate and always being aware of everyone. Some say that he drew his great personality from his grandfather Luis Bigott, from whom they claim that he also drew the philanthropic vein. But do you know who Luis Bigott is? If you do not know then do not worry that here we will tell you.

Who is Luis Bigott and the origin of Carolina’s “philanthropic vein”?

Carolina Mirabal is the granddaughter of businessman Luis Bigott. This entrepreneur is none other than the founder of Bigott companies and Bigott Foundation. This respected businessman and philanthropist is one of the promoters of public education. As a good philanthropist he understood that the country needed an educated population and therefore presented a plan to Eleazar Díaz Contreras.

Luis Bigott was not only a businessman and philanthropist but a visionary because he promoted the creation of a Central Bank.

Luis Bigott while in high school began working in a cigarette factory. There he became familiar with the industry and its production processes over a 10-year period that ended in 1898. In that year he decided to find his own company, a small cigarette factory. In just 20 years it became one of the country’s leading cigarette factories. He was also a great promoter of tobacco growing. A few years later he managed to partner with the British-American Tobacco Company and with that he managed to consolidate his business.

To support the workers of his factory he founded a school. At that school he could study at the technical level in the agricultural and food area to give them a future. Also, within their lands he built houses so that they could live their workers.

Certainly, the philanthropic vein of Carolina Mirabal has its origin in his grandfather. However, little is known of this facet as it is something she wants to keep secret. He doesn’t like to brag about his contribution to society. She is fully committed to several childhood-related causes.

There is still a lot to know about Carolina Mirabal

This woman is certainly multifaceted. We lack much to know and therefore we will have other articles to talk about the hobbies of her, her studies and especially the family of her with Gustavo Mirabal.

If you didn’t know who Carolina Mirabal now you know a little about this wonderful woman.