Gustavo Mirabal does not stop learning and entrepreneurship. That is why every day we find new facets of this fascinating Venezuelan lawyer. Together with the love of her life, María Carolina Chapellín de Mirabal, has undertaken the Adventure of leaving the name of Venezuela high. Due to this life purpose, Gustavo Mirabal has set himself high goals that demonstrate the competencies of Venezuelan talent.

In addition, he has set out to help Venezuelan talent wherever he finds it. Whether they are athletes or entrepreneurs in Europe, they have counted on his invaluable advice. But his attitude toward talent has not been limited to Venezuelan talent alone but has spread to all Latin American talent. And it has sought to give the best opportunities and the best advice to athletes as we could read in the article “Finance for athletes“, in this same portal.

Without a doubt, this versatile character will give us a lot to talk about… But let’s start by knowing why the law and why Venezuela. 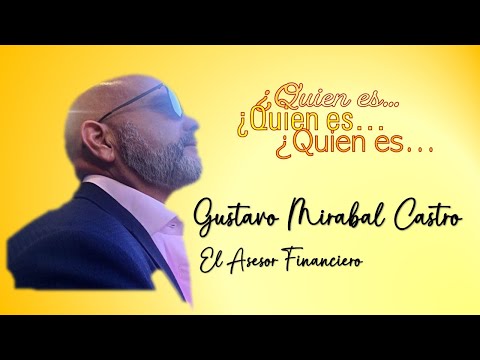 Venezuela is the land where Gustavo Mirabal was born. But Venezuela not only gave Gustavo Mirabal a place of birth, it also gave him its values and its idiosyncrasies. In addition, the opportunity to enjoy a wonderful climate and the most beautiful landscapes. Of this we can know a little more by reading the chronicles of his travels in the series of articles “Gustavo Mirabal in Venezuela“.

But without a doubt the love of his family is one of the things that made him happiest as a child born and raised in Venezuela. Gustavo Mirabal Castro’s father and mother are also Venezuelans.

Gustavo Mirabal Bustillos, of whom we have spoken on previous occasions, is a renowned Venezuelan lawyer. His career in law and his passion for Venezuela led him to be appointed Governor of Miranda state at the time. His defense of the innocent caused him to have a brief but intense and fruitful political career. This passion for Venezuela and for the laws were some of the things that Gustavo Mirabal received as an inheritance from his father and to this day remain.

The professional career of Gustavo Mirabal Castro, linked to law in Venezuela.

Gustavo Mirabal’s studies at the Santa María University showed him great potential for the practice of law. Thanks to this, he obtained his first jobs as a lawyer in the Venezuelan financial sector. There he worked in companies of the stature such as Britannica insurance and Banco Construcción. He also served as an external advisor to other banking institutions and insurers.

Thanks to his experience in the financial sector, Gustavo Mirabal aroused an intense curiosity about the subject. And it is the life of a salaried person to be paid in the middle and at the end of the month to run out of money. However, he found that financial connoisseurs had a different life.

Financial enthusiasts are people with much greater awareness of their expenses and income. These people are constantly concerned with increasing their income and keeping superfluous expenses at bay in order to have a surplus. That surplus is what will later become a source of investment. But there is no way to invest without having a surplus.

Many financiers could have had a wasteful life, but they don’t. On the contrary, the key to healthy finances is a sober and frugal lifestyle. There are always opportunities to spend all the income, but to have financial peace of mind requires savings.

Savings represent the ability to face economic contingencies and the opportunity to invest.

Gustavo Mirabal Castro’s passage through the financial sector transformed his relationship with money. He became a man who knew his own finances in detail. That was the awareness and practice that transformed him with his personal experience into a true financial advisor.

Gustavo Mirabal, a life full of facets and places

First, Gustavo Mirabal Castro is a member of the law and Venezuelan, but he is not only limited to them. Thus, the search for permanent growth has made him a man who is more than the labels that can be put on him.

Without a doubt, Gustavo Mirabal brings us great news every year. But in this year 2022 its support for financial education is consolidating thanks to its youtube channel in spanish ” Gustavo Mirabal – Asesor Financiero “. In addition, it already has a page dedicated to finance in addition to the multiple social networks where it emphasizes financial advice.

If you want to know a little more about finance or about the trajectory of Gustavo Mirabal follow us on social networks or in our blogs. We hope to support you in your growth as an entrepreneur or as a business, with the example of Gustavo Mirabal’s life.